One of the fighters that I had the honor of developing for the VR boxing game "Creed: Rise to Glory".
https://survios.com/creed/
As Character Art Director, I was responsible for establishing the look and feel of the characters that rode the line between realistic and stylized. The goal was to establish a visual style that reflected a game that was a mix of arcade and sim boxing. Franchises such as Street Fighter, Tekken, and Punch Out were huge inspirations in the process. All of the fighters were first 3D concepted in ZBrush and then retopo'd into game res meshes. Blend shapes were also created for all facial expressions including hit impacts when getting punched in the face. All facial shapes were authored in Zbrush using layers and the Blend shape export tool. This was probably the most fun and challenging project I've ever been a part of and I couldn't be prouder of our talented team for getting it done. 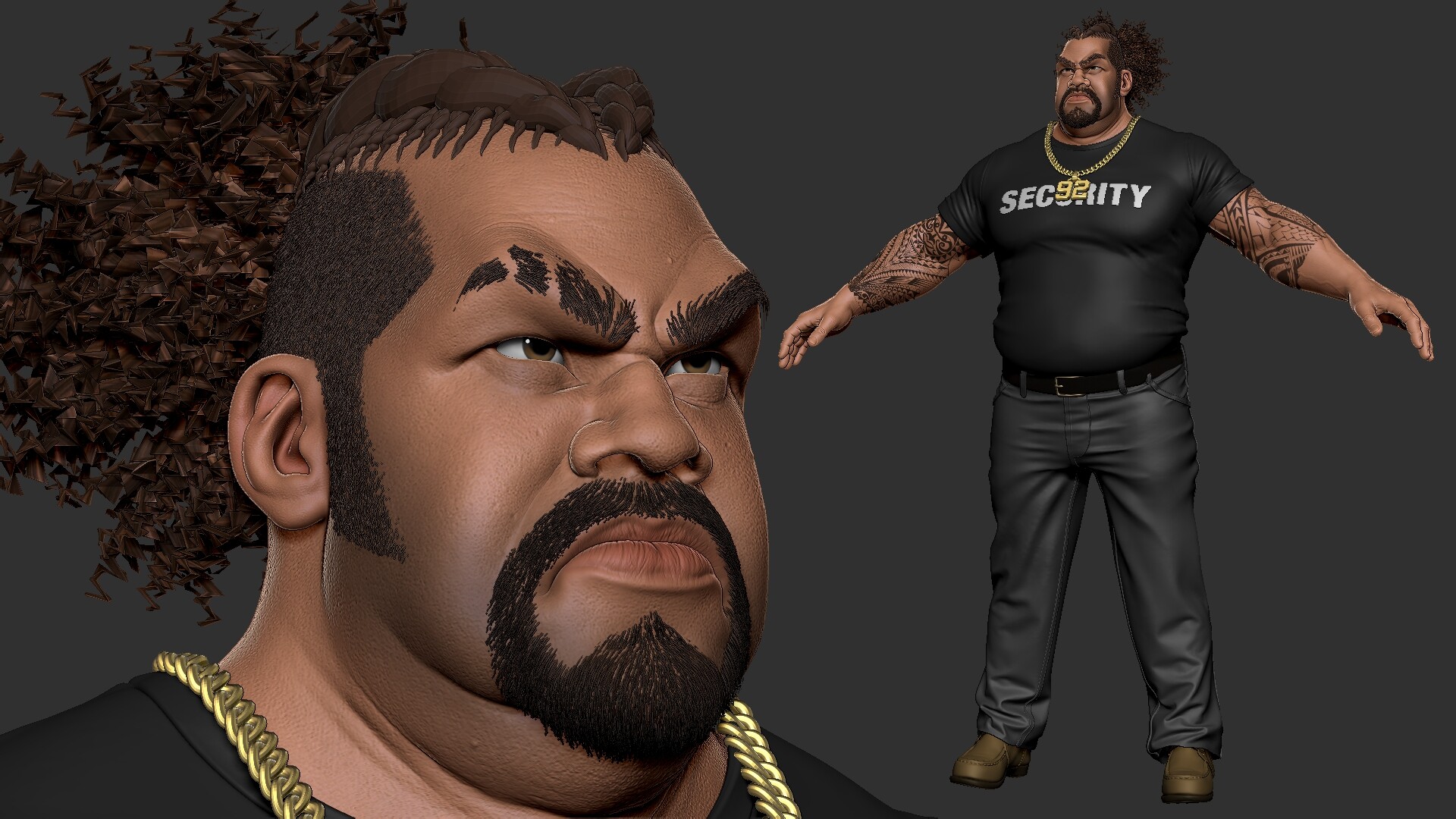 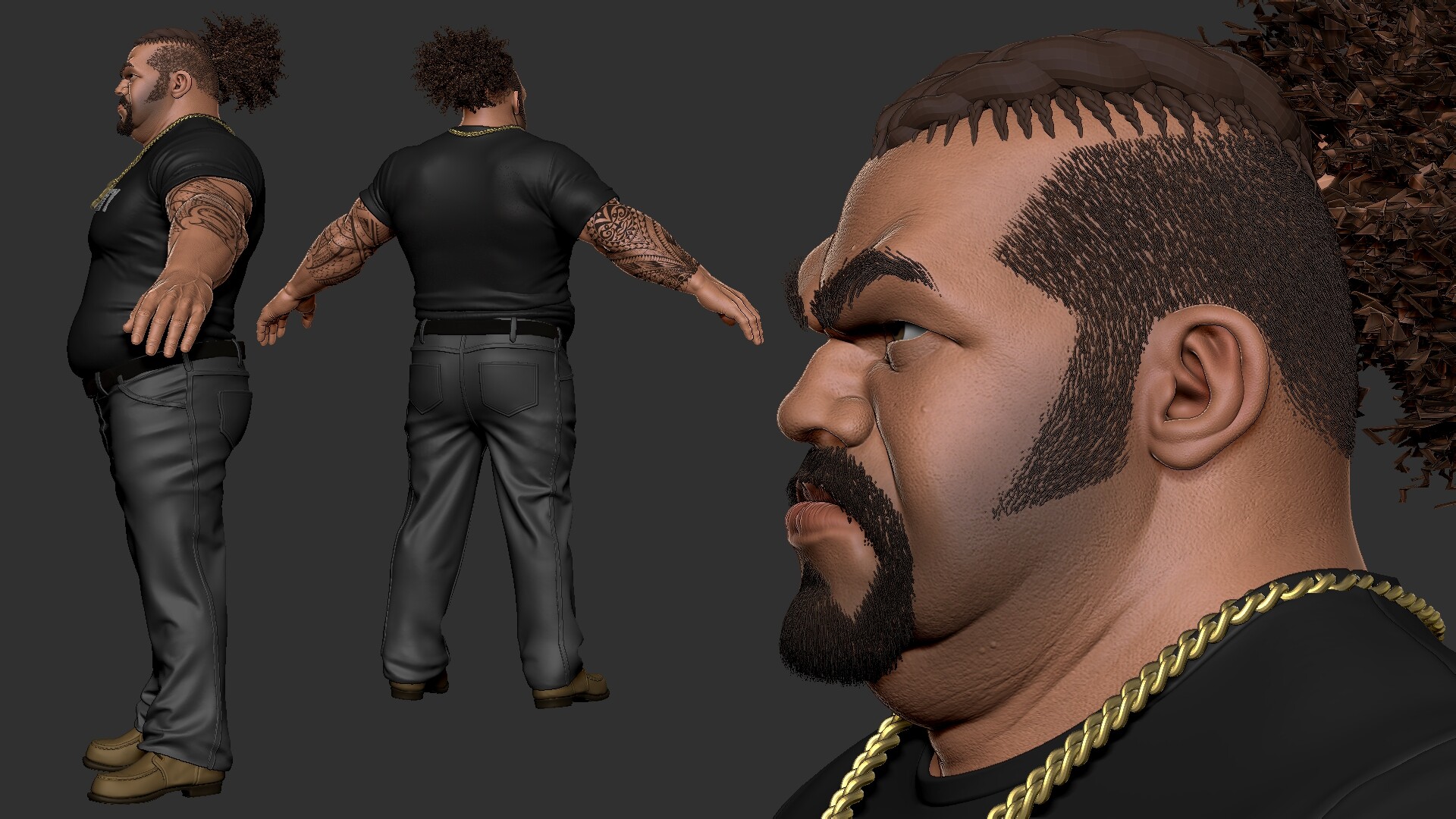 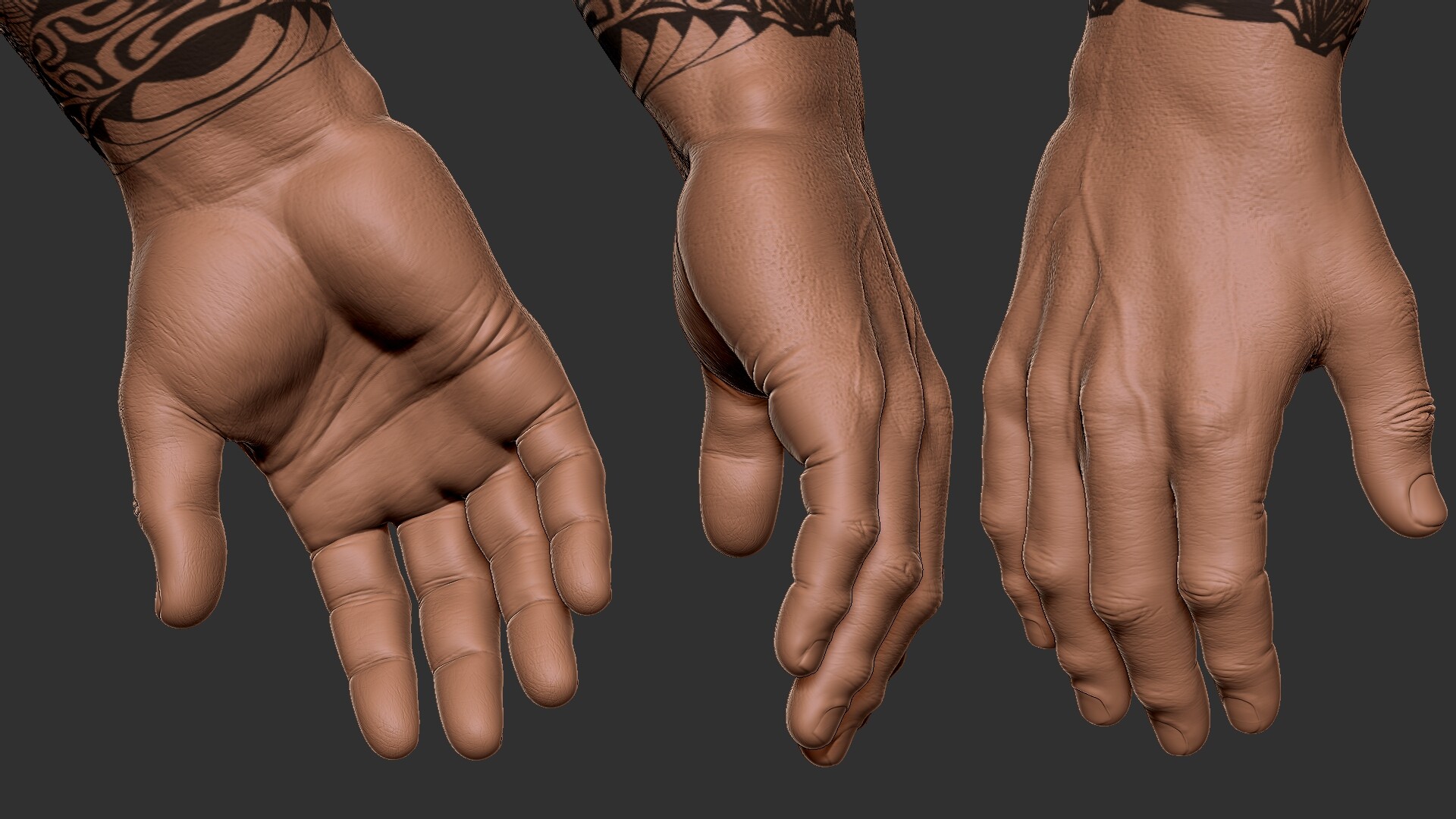 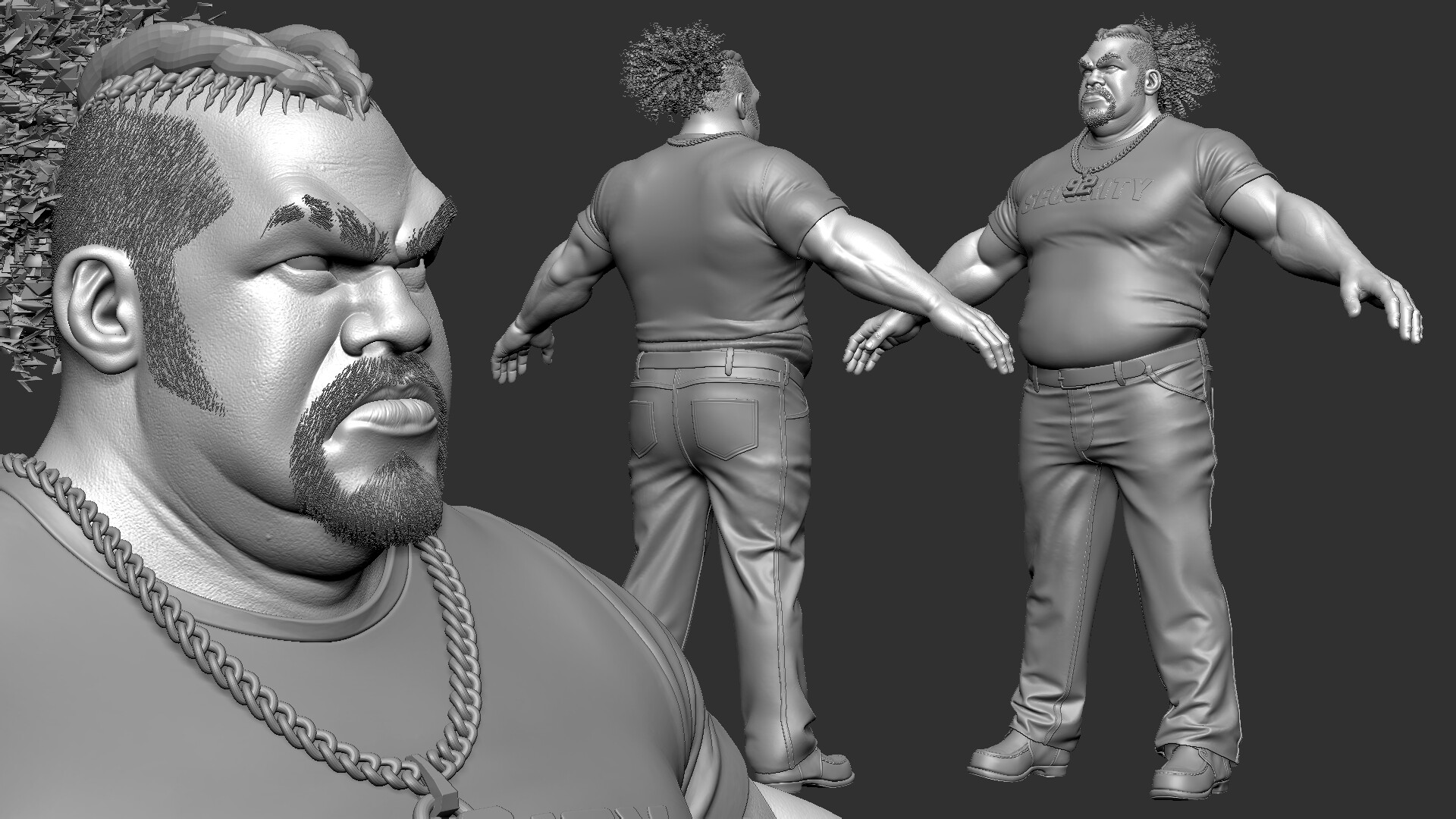 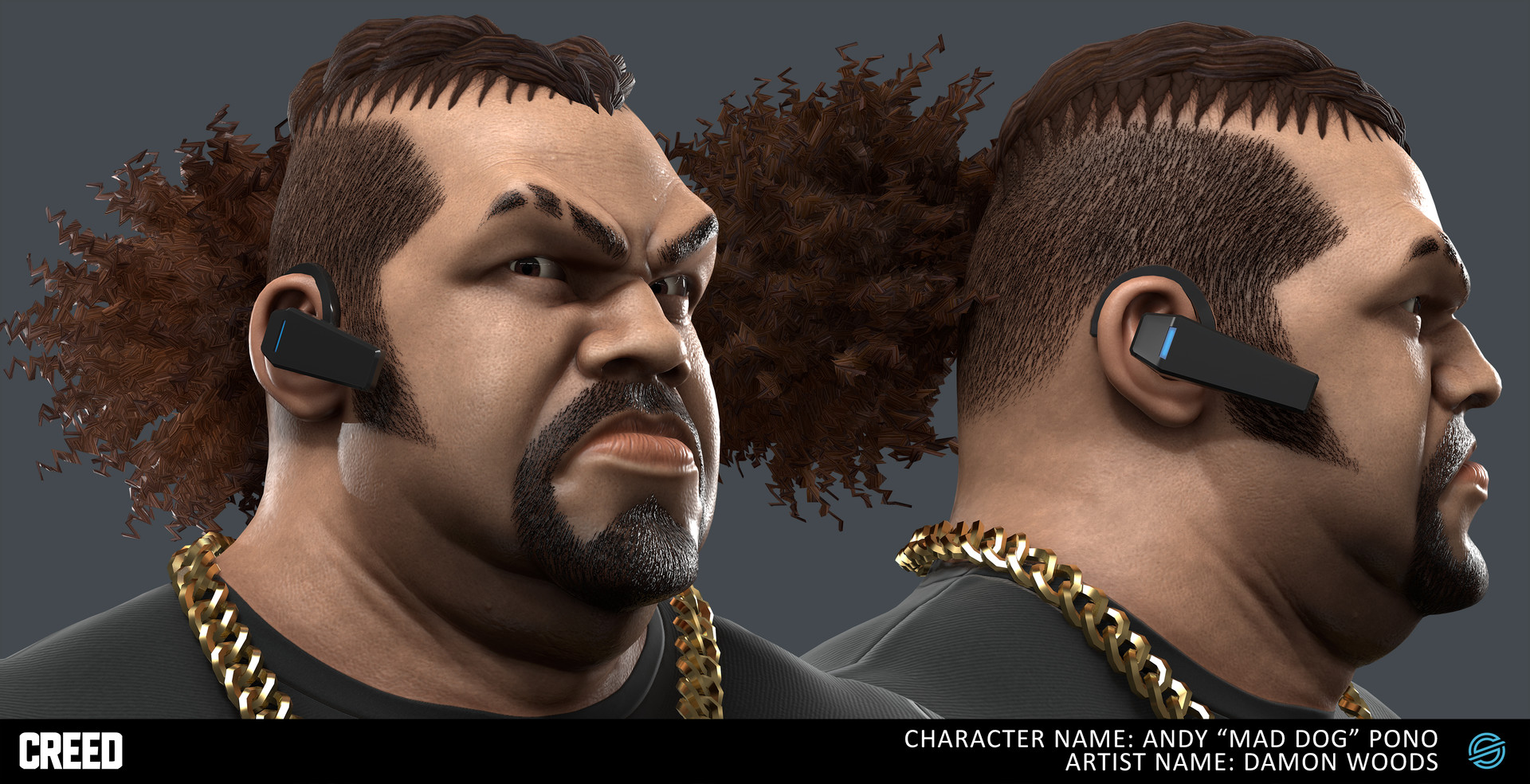 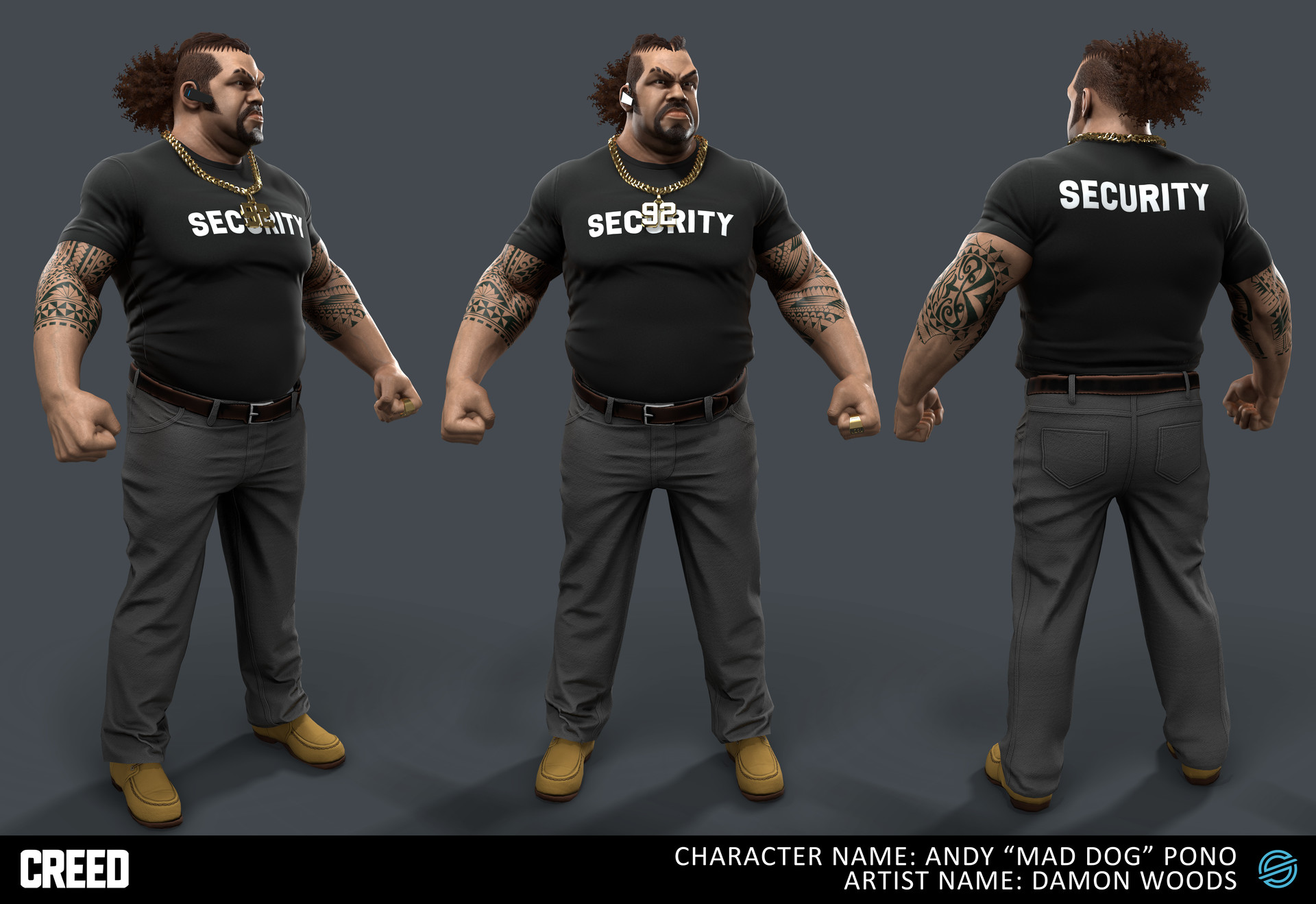